A Kawagoe Specialty · Characteristics of KAWAGOE Matcha Tea and its history 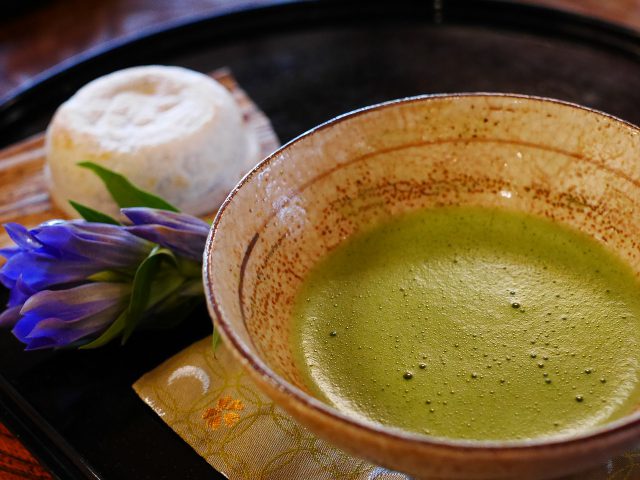 When it comes to Saitama Prefecture, Sayama Tea is famous. However, Sayama tea actually originated from KAWAGOE Matcha grown in Kawagoe.

About Tea from Kawagoe- "KAWAGOE Matcha" 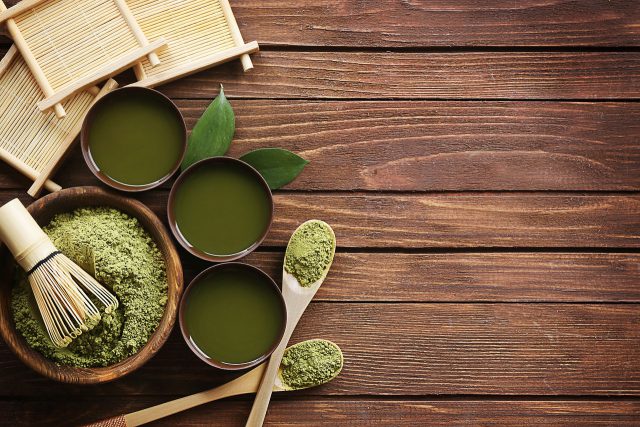 KAWAGOE Matcha is characterized by its mild sweetness and rich full-bodied flavor.
It is cultivated at tea plantations in the western part of Saitama prefecture in cities like Sayama City and Tokorozawa City (which used to be part of former KAWAGOE) and Kawagoe City.

The large tea producing area is at the northernmost point of Saitama prefecture. The winters there are severe when compared to other tea producing areas which gives the tea leaves an abundance of delicious flavors.

It is attracting attention as an old and new local specialty of Kawagoe.

From its golden age to its decline, its resurgence as Sayama tea, and the 2013 implementation of its reclamation as KAWAGOE Matcha, here is a review of the history of KAWAGOE Matcha. 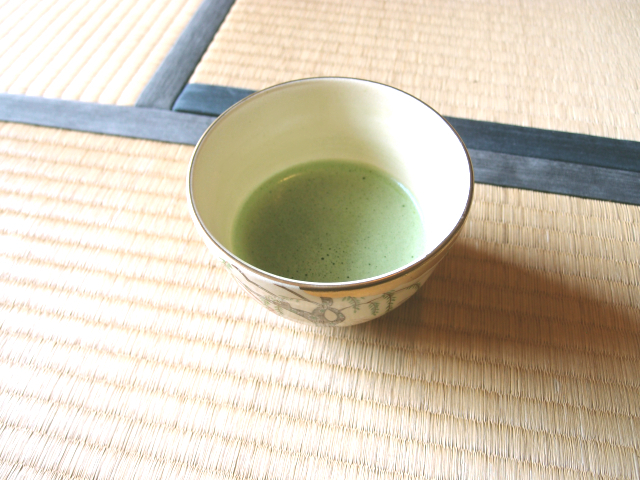 According to textbook “Iseiteikin'ōrai”, a textbook on the period of the Northern and Southern Dynasties for beginners, at that time, Musashi KAWAGOE was regarded as one of the "tenka-no-chadokoro (tea districts of the heavens)".

KAWAGOE Matcha, one of the five reputable tea plantation areas, and the only one in the Kanto region that was famous for its tea nationwide, was loved by many of the generals of the Kanto region.

However, it is said that as Japan entered the Warring States period and the time of temples and samurai declined, KAWAGOE Matcha gradually lost its name and reputation. 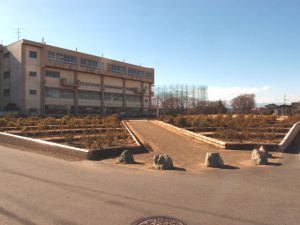 There is a small tea farm at the KAWAGOE Castle Ruins Historic Landmark Park in Uwado, Kawagoe City. In the background of the photo you can see the Kawagoe Uwado Elementary School. 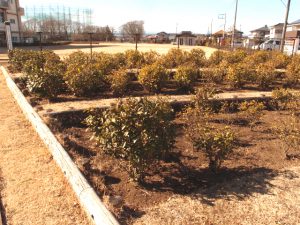 The Musashi Samurai and KAWAGOE clan who used to reside there drank tea that they cultivated in the front garden of the castle. Tea utensils like a “cha-usu”(a mortar used for grinding tea) and a “fuuro” (wind furnace for boiling tea) have been excavated from the site. 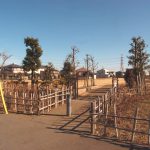 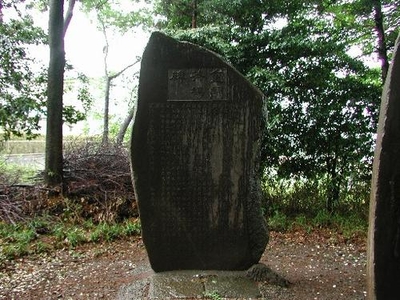 At the Izumo Iwai-jinja shrine in Miyadera, Iruma City, Saitama Prefecture, there is stone monument about tea making called the "Kasanetehiraku Chajo-nohi".

It was built in 1832 (the 3rd year of the Tempou era) as a commemoration of the revival of the making of tea by the “sei-sencha (green tea)” method of harvesting tea leaves that was said to have been developed in the Uji area.

The sencha that was made at during that time was later referred to as Sayama Tea.

"Kasanetehiraku" means the "revival of the tea production that had unfortunately declined".

The inscription consists of the history of Japanese tea and the details of the revival of Musashi KAWAGOE tea as Sayama tea. 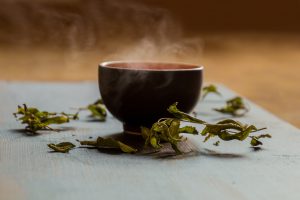 In the golden era of Kawagoe matcha tea during the period of the Northern and Southern Dynasties era, as the technology to make sencha was not available, the only tea was "matcha".

However, in the latter half of the Edo period (the first half of the 1800s), a method for making sencha called the Uji Seiho method was established in Kyoto, giving rise to the birth of "sencha"

This Uji Seiho method spread throughout the country in the blink of an eye.
It is said that the tea that we drink now is prepared based on this method.

Of course Sayama tea is no exception. 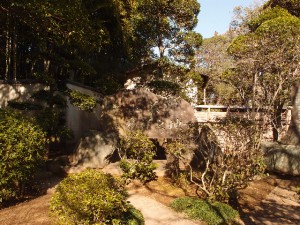 Tea was once cultivated on the grounds of Kawagoe City’s Nakain Temple.
It is said that the history of KAWAGOE tea began at the Nakain Temple, and on its grounds is the "Sayamacha-Hassou-no-Chi” (Origins of Sayama Tea) stone monument.

Presently, the Nakain temple has a deep connection with tea, and tea ceremonies are regularly held in the daishoin (large drawing room) of the temple. 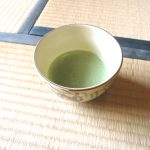 And after roughly 400 years ... the revival of KAWAGOE Matcha! 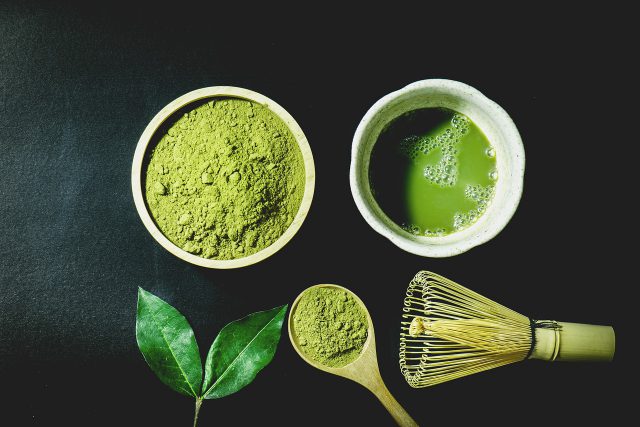 In 2012, NPO Kawagoe Corporation PLUS (currently: The Association of the NPO KAWAGOE Matcha Corporation) has launched the "KAWAGOE Tea Reborn Project".
The purpose of the project is to "bring back KAWAGOE tea in the present", just as its name implies!

After being active for about a year, in April 2013, "Kawagoe tea" began to be sold at the Koedo Kurari Kawagoe City Industrial Tourism Museum.
Later, products that use KAWAGOE tea (matcha) were sold in shops in the city one after another. 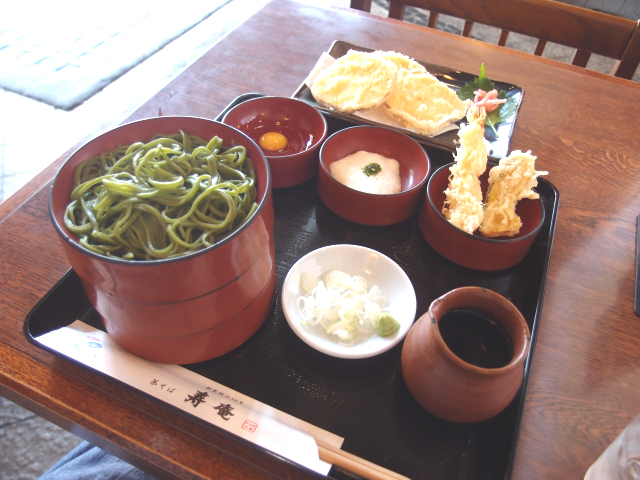 The picture above shows the dish "Koedo Hime" (Princess Koedo) of the restaurant "Kotobiki-an" (Kura-no-machi branch).
They use Kawagoe matcha for their cha soba (soba made with tea). 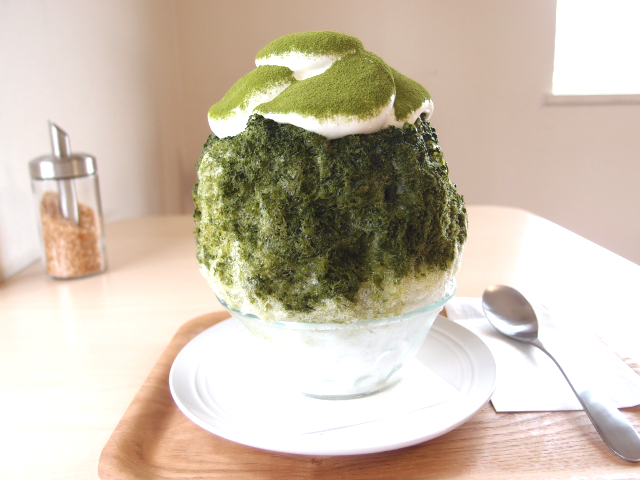 This one is of the "whipped condensed milk with KAWAGOE matcha" kakigori (shaved ice) from "CAFE ANTI"(April 30, 2019 Closed).

Their colorful Matcha menu is popular among women. 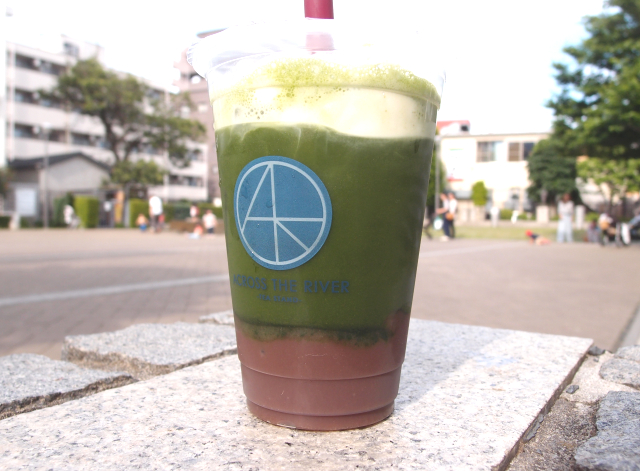 When people see it written as "河越抹茶(KAWAGOE matcha)", many people often react by saying "Why is it “河越 (KAWAGOE)”, isn’t it “川越 (Kawagoe)”?"

Of course "河越 (KAWAGOE)" is not a typo.
In fact, the difference in the way the kanji for “Kawagoe” is written has to do with the time period.

From the Kamakura until the Muromachi era (approx. 1185-1573) most written works wrote the word “Kawagoe” with the kanji "河越 (KAWAGOE)".
Full scale use of the kanji “川越 (Kawagoe)” began to appear from the Edo era on.

KAWAGOE matcha is written with the kanji "河越 (KAWAGOE)" because it is the revival of tea that people drank in the period of the Northern and Southern Dynasties.
In accordance with the writing rules of that time period, it is written with "河越(KAWAGOE) instead of "川越 (Kawagoe)". 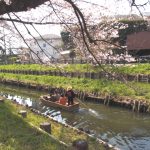 Products that use KAWAGOE matcha

I will introduce some products that use KAWAGOE matcha. 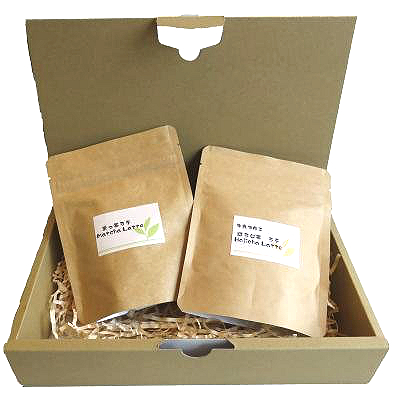 A classy set of matcha latte and houji cha latte that can be made by just mixing them with milk.
Use soy milk instead of milk for a light and healthy flavor.

Check them out on Amazon 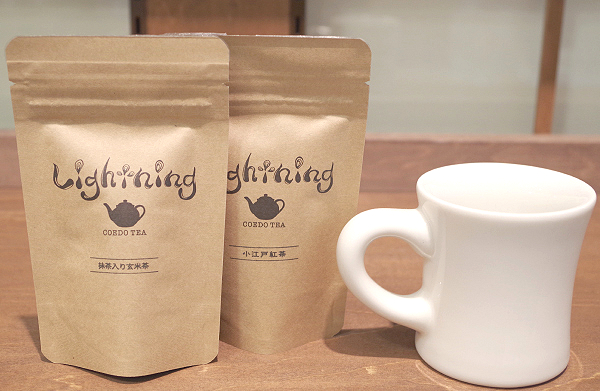 Tea Packs made with KAWAGOE tea products in Kawagoe City from Zikkichi.
Enjoy teas from Koedo casually at home.

Check them out on Rakuten 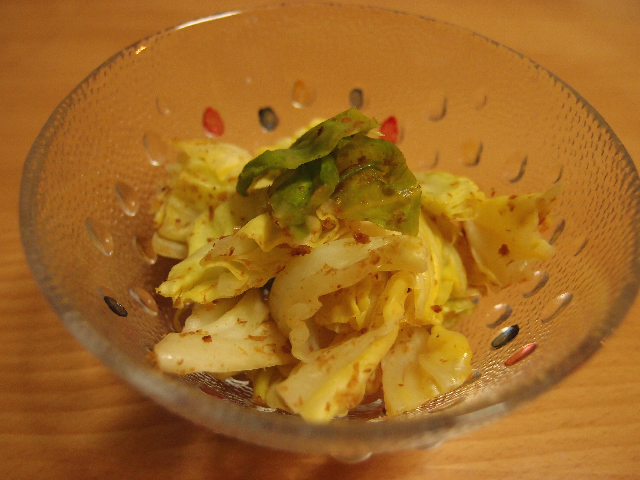 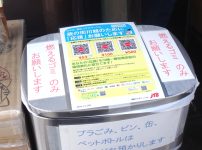 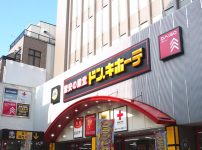 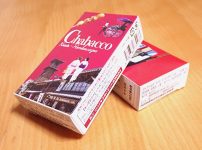 Fashionable and Stylish Cotton Fabrics- Kawagoe Tozan and an Introduction of the Best Accessories for Souvenirs! 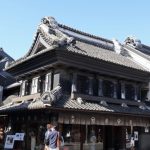 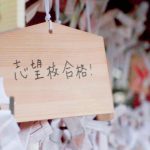 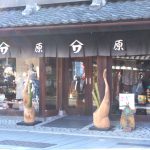 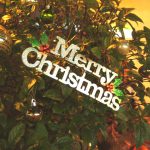 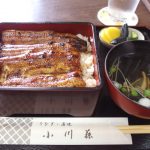 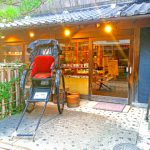 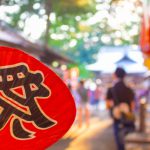